A Brief Introduction to MPLS – Part2

In the first part of this blog, we have already discussed MPLS, its benefits, and the terminologies which are used in MPLS. In this article, we will continue with the remaining below pointers:

In the above MPLS architecture, we can see those two customers i.e. Customer 1 & Customer 2 are connected to Provider Edge (PE) router in both locations. There are multiple core routers (LSR) deployed between both LER in the MPLS domain.

Now, we will see next how Customers 1&2 from site A do communicate with their respective branches which are deployed in Site B.

In the above topology, we have assumed a scenario where Customer 1 is connected to Provider Edge (PE) router on both locations. The mentioned subnets are being used in this scenario. OSPF is running between all the ISP routers to exchange their prefixes to each other. Thus, all the mentioned prefixes will get updated in the global table of each router.

Now, we will see that how MPLS-enabled routers perform label tagging for the prefixes updated into their global routing table.

Once the label is tagged for the prefixes, these prefixes also get distributed to other adjacent LSR routers with the help of LDP (LDP protocol will be responsible for distributing labeled prefixes to all LSR).

The following LIB & FLIB routing table will be formed by LSR routers:

In the above FLIB table, we can see that there is no label tagged for prefix 40.0.0.0/24 on R4. Hence, when R3 will switch the packet to R4, R4 will look up its FLIB table for the remote label of 40.0.0.0/24 prefix to switch the packet. But, when R4 will not find any remote label for 40.0.0.0/24 in its FLIB table, it will look up its CEF table for the best match of the prefix. Here, R4 looked up two routing tables, one FLIB and then CEF. Hence, the recursive look-up occurred.

To prevent this recursive lookup, there is a PHP feature. This PHP functionality uses the “implicit null label” for directly connected prefixes. When the adjacent LSR receives a prefix tagged with “implicit null”, the adjacent LSR will tag that prefix with “POP” and update it into its LIB & FLIB table. POP means, the label has to be removed from the prefix.

Thus, when an LSR router receives a packet without any label, it directly goes to look up into its CEF table and hence no recursive lookup happens. Hence, now the LSR will look up into the CEF table only for directly connected prefixes.

The following LIB & FLIB table will be formed with PHP:

Now, the LSR routers have updated their LIB & FLIB table accordingly. Next, we will see how an MPLS packet gets switched over the MPLS domain.

AS we know, the MPLS packet uses a label to switch the packets. So, the first thing we need to know is MPLS Label. 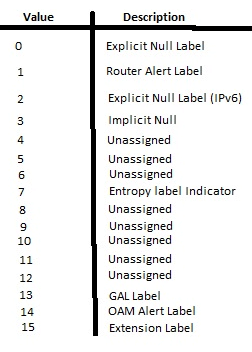 The following steps will be involved:

Step-1: The below packet will be encapsulated by customer 1 at Site A.

Note: The TTL value of the IP header will be copied to the MPLS header while generating the MPLS packet.

Here, the R2 will swap the label by removing the older label value 25 and add label value 30 and switch the packet to R3.

Step-6: The vice-versa label-based switching will be followed when the traffic will come from Site B to Site A.

In this blog, we have seen a general MPLS architecture. We also understood, how MPLS uses the label to switch the packet, how LIB & FLIB tables are created by LSR routers and how recursive lookup can be prevented on LSR. We have learned about MPLS label ranges as well.

In the next blog, we will be discussing what several applications are used in the MPLS network and what are the prerequisites for configuring MPLS. You can reach out to us at +919773973971.

Is Pegasus Just The Tip Of The Iceberg?