WHAT DO WE UNDERSTAND BY LOGICAL VOLUME MANAGEMENT?

Basically, Logical Volume Management (LVM) introduces an extra layer between the physical disk and the file system, it can create “virtual” disk partitions out of one or more physical hard drives. It also allows you to create larger partitions, then you could achieve with a single drive allowing the file system to be –

Components of LVM in Linux

It is the standard partitions that you add to the LVM. Normally, a physical volume is a standard primary or logical partition with the hex code 8e.

It is a chunk of disk space. Every PV is divided into several equal-sized PEs.

It is composed of a group of PVs and LVs. It is the organizations’ group for LVM.

It is composed of a group of Les. You can format and mount any file system on an LV. The size of these LV’s can easily be increased or decreased as per the requirement.

It is also a chunk of disk space. Every LE is mapped to a specific PE.

Verify your all disks with the Command – lsblk

In our case, we have five disks, but we work on only four– sdb, sdc, sdd.

The second thing we check disks that are not mounted anywhere. Using Command – df  -h, you check this.

If all disks are free, then good to go configure Logical volume

Select disk whenever you use logical partitions.

Here, we have used three disks (sdb, sdc, and, sdd). all these disks are not mounted and not used anywhere. So, I create Physical Volume using Command – pvcreate /dev/sdb /dev/sdc /dev/sdd Here, we create a volume group like a vg pool. 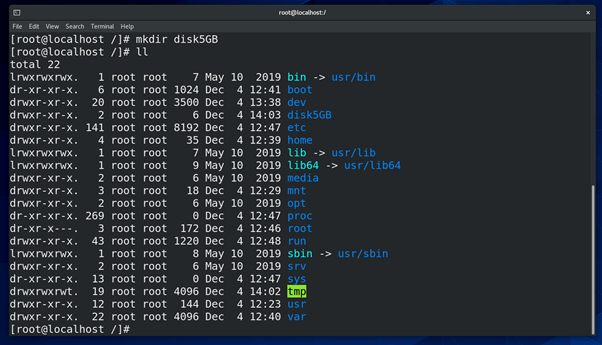 We have successfully created LVM partitions.

Now, our disk is mounted on directory disk5GB.

Zindagi Technologies have been a helping hand and fulfilling technology business requirements for those who need planning, designing, and deployment of the resources that we provide. We are an IT company that is dynamically growing and providing professional services that will transform the business of our clients. We only strive for the best and to get in touch with us, you can give us a call at +919773973971.

Important Aspects We Should Know About Wireless Architecture

Step By Step Guide To Troubleshoot One Way Ping Issues in Ubuntu 18.04