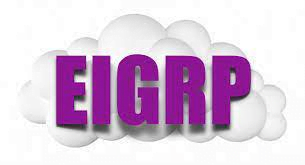 In my previous blog, we learned about the BGP neighbourship states and attributes and in this blog, we will learn about EIGRP. EIGRP stands for Enhanced interior gateway routing protocol also known as open standard protocol. It is an IGP protocol and advanced distance routing protocol. Its hello time is 5 sec, hold time is 15 sec and its hop count is by default 100-255(maximum). There are three ad values in EIGRP 90/170/5. It is a classless routing protocol that supports VLSM. Its protocol number is 88 and uses multicast address 224.0.0.10. It supports equal load balancing and uses a dual algorithm for best path selection. It will create neighbors using a primary address as EIGRP is an open standard protocol.

The dual algorithm is used by EIGRP for selecting the lowest cost loop-free path for each possible destination. The dual algorithm provides fast convergence. If in the topology table multiple paths are available, then it will run a dual algorithm and it will select the best route and put it in the routing table. Four terms of dual: FD, RD, Successor,

feasible successor. Total metric from source to destination / a calculated metric of successor is called FD.

A router’s FD will be called RD to its neighbor

This is the best route to reach the destination network. The route of successor is the lowest cost to reach destination and successor route is stored in topology table as in routing table.

Hello packet is used for neighbor discovery and for keepalive.

Update msg can be unicast or multicast. It uses the RTP protocol. Updated packets are sent between neighbors, and it is used to build the topology table and routing table.  Update messages will be unicast if static neighborship between routers is formed.

It is always unicast. Ack is not used in the case of hello. It is used for RTP packets.

Query packets are sent by a router when the successor route fails and there are no feasible successors left in the topology table. The routers placed the route inactive state and sent a query to its neighbors for an alternative route. Query messages are sent as a multicast 224.0.0.10.

It is used to send in response to query packets, the responding router has an alternative route. It is sent as a unicast to the querying router.

For more information about EIGRP use, this link Cisco Opens Up EIGRP – Cisco Blogs. Zindagi technology is a lead IT consulting company. We have successfully completed lots of IT projects. We provide IT solutions like cyber security, IT security, planning, designing, and implementation of data centers, cloud-based services, application development, etc. c. we can guide you in your network programs. You can ping us at 9773973971 and you can also email us and let’s get in touch.

Session Hijacking And Its Prevention – What Are The Main Aspects We Should Look Out For?

What are the different mechanisms to protect Spanning Tree Protocol (STP)?